It is our intent to provide informative articles and topics that

focus on information for businesses of all types.

If you would like to discuss any of these topics further, 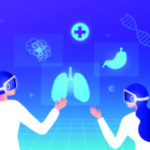 The term metaverse is loosely defined as a virtual environment shared by many people via digital devices. The four technologies that the metaverse is usually accessed through are virtual reality, mixed reality, extended reality, and augmented reality.    Metaverse Market Predictions As our world is transitioning into being immersed in technology, the metaverse market is […] 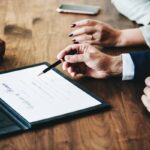 In 2021 we experienced rapidly climbing ransomware attacks, which then led to cyber insurance rates rising. Experts around the world are doing their best to stay ahead, but it doesn’t seem to be looking up in 2022. Rates are projected to stay the same despite the efforts to slow down the devastating attacks. With our […] Vaccine Mandates and the Effect on EPLI Coverage
By Shayne Bevilacqua, MBA | 08-05-2022

With the Pandemic having lasting effects in the U.S. and all over the world, companies may be wondering what they can do to protect their employees without legal trouble.   What is Going on With the Mandate? There has been talk about mandating the SARS-CoV-2 vaccine in the U.S. since the vaccine was released to […] 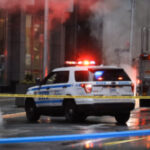 With crime rates rising in big cities such as New York City, Philadelphia, Chicago and more, there is a growing concern among workers about returning to their offices.    What’s Causing the Scare? In New York City on Tuesday April 12, a shooting occurred on the subway leaving a Goldman Sachs employee dead, and ten […]

Get your free quote

Fill out the form below to get your free quote and see how much you can be saving on your insurance. We’ll evaluate your business and see if you qualify for any discounts, so that you get all the coverage you need at the best possible price. A Business Protection Strategist from our staff will contact you shortly to get your quote out ASAP.

The Professional Liability Insurance Group is dedicated to bringing you the most current, accurate and reliable information about liability insurance. We work hard to ensure that you receive the best information possible. Despite our best efforts, PLIG cannot and will not provide a guarantee or warranty to supplement our blogs, news items or general information.

The Professional Liability Insurance Group’s website was created and intended to supply the working professional with general liability insurance information. Our goal, purpose and structure have been built upon the principal that the client comes first. So, in that same vein, we must convey to you that you rely on the information on this website at your own risk; especially any linked content.

Insurance policy provisions may vary from state to state. Any coverage information on this website should not be assumed to be part of the policy. Coverage determination is provided by details such as claims, endorsements and conditions of the policy.